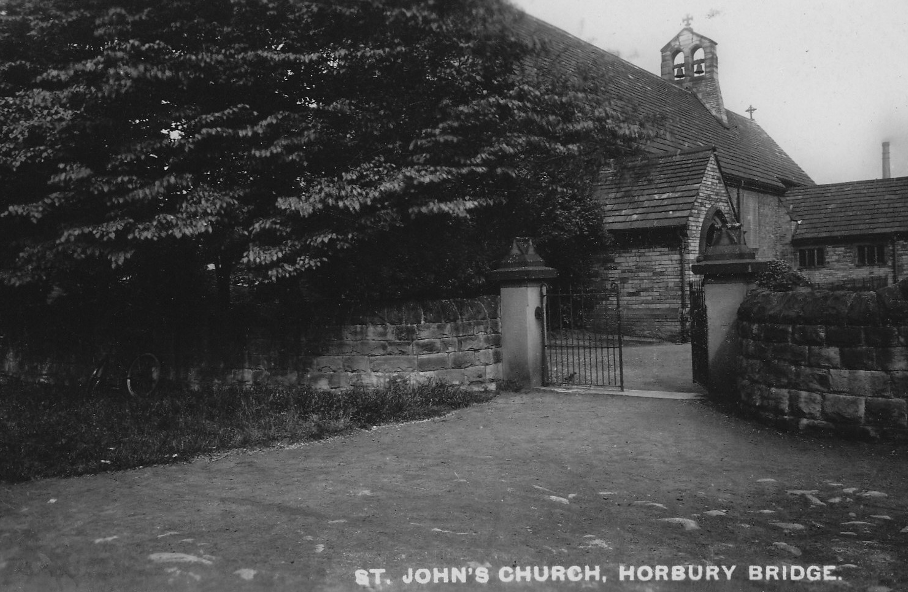 The Rev. Sabine Baring-Gould became curate to the Rev. John Sharp, vicar of Horbury, but was based at Horbury Bridge from 1864 to 1867, when he then relocated to Dalton, near Thirsk. He will always be associated with Horbury Bridge for it was here that he wrote his rousing hymn, “Onward Christian Soldiers”. A prolific author, he wrote 1,200 published works during his long life and unusually did most of his writing standing at his high desk. Baring-Gould was born in Dix’s Field, just outside Exeter, Devon on the 28th January 1834, but much of his life is associated with the family parish of Lew Trenchard, nine miles north of Tavistock in Devon.

The church was designed by Micklethwaite & Clark of Westminster & was consecrated on 15th November 1884. It replaced a Mission around the corner, now Andrea’s hairdressers, which was started in 1864 by the well known Curate Sabine Baring Gould